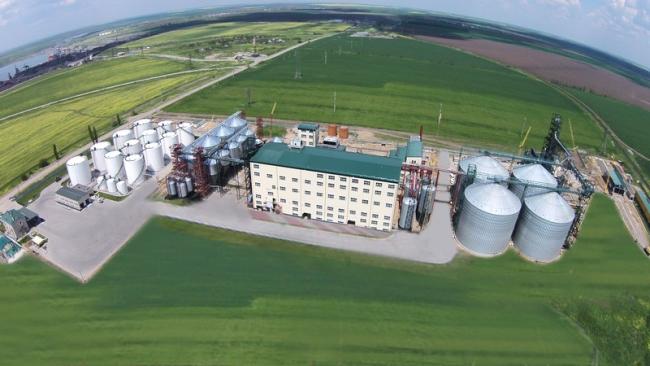 Ahead of the Builder’s Day, the authoritative jury of the Ministry of Regional Development and Construction of Ukraine held a traditional competition among the best Ukraine’s construction objects. In Ukraine’s Best Industrial Facility 2015 category, Allseeds Black Sea company’s oil-extracting plant in Yuzhny has been named the winner.

The "winner" plant was constructed by the Allseeds Group in 18 months and commissioned in July 2015, in the wake of the Revolution of Dignity and the turmoil of war in the east of Ukraine. The plant’s processing capacity is 2,400 tons of sunflower seeds per day. The plant is part of the oil-extracting complex of the company in Yuzhny port, together with the vegetable oil terminal with a 45,000 m3 capacity.

“The employees and shareholders of Allseeds Group highly value the title of  Ukraine’s Best Industrial Facility 2015, since it cost us a lot of effort to acquire it.

The shareholders invested while we built our plant in the Black Sea steppe in the highly unstable conditions of, at first, the Revolution of Dignity and later the war in the east of the country,” Yevhen Klymovych, director of the Allseeds Black Sea oil-extracting plant in Yuzhny port, says.

“Over the past year, we have mastered the enterprise’s capacity and are ready to process 660,000 tons of seeds in the season of 2016-2017. However, Allseeds Group is not going to stop there. Our immediate plans include an increase in the processing capacity of oil crops up to 10,000 tons per day, construction of our own berth with a grain terminal and an energy complex based on the processing of our production’s waste.”

According to the data provided by Ukroliyaprom (association of Ukrainian oil industrialists), the oil-extracting plant of Allseeds Group in Yuzhny port is one of the most modern, high-tech enterprises that are the future of the oil industry in Ukraine - a global leader in production and exports of sunflower products.

“We are happy that our plant turned out to be perfect not only from the engineering and technological viewpoint but also from the viewpoint of architecture,” head of the enterprise said.

This year, 33 objects competed to be named the best houses and buildings constructed and commissioned in Ukraine in 2015. The competition has concluded with the recognition of winners in four categories: residential houses, production facilities, transport facilities and facilities for public usage.