Illegal land orders by Odessa Regional State Administration cancelled by a court decision, with the intervention of the Prosecutor General’s Office of Ukraine 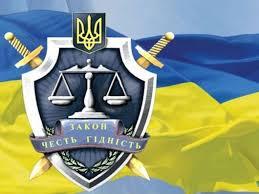 Office of the Prosecutor General of Ukraine intervened in the lawsuit filed in the State’s interest by the State Enterprise «Ukrainian Sea Ports Authority» on behalf of the Ministry of Infrastructure of Ukraine (third party - LLC Allseeds Black Sea).

The lawsuit seeks to cancel the order issued by Odessa Regional State Administration to lease a 4,46-hectare land plot within the water area of Adzhalytsky  firth of the Yuzhny  Port for 49 years to LLC Energo Product Ltd.

Leasing the aforementioned land plots contradicts the requirements of the Water Code of Ukraine, Law of Ukraine ‘On Sea Ports of Ukraine’ and decrees of the Cabinet of Ministers of Ukraine in a direct fashion.

Illegal nature of the actions undetaken by the state authority could have made impossible fulfillment by the state enterprise of the functions described in the Law of Ukraine ‘On Sea Ports of Ukraine’, in regard to ensuring security of navigation within the territory mentioned above.

Provided the principled position of the Office of the Prosecutor General of Ukraine, Odessa Administrative Court of Appeal has ruled to cancel the decision of the court of first instance; a new decision has been adopted, approving the claim of the State Enterprise «Ukrainian Sea Ports Authority». Illegal orders of Odessa Regional State Administration have been cancelled.

Press center by the

Media Department of the Office of the Prosecutor General of Ukraine