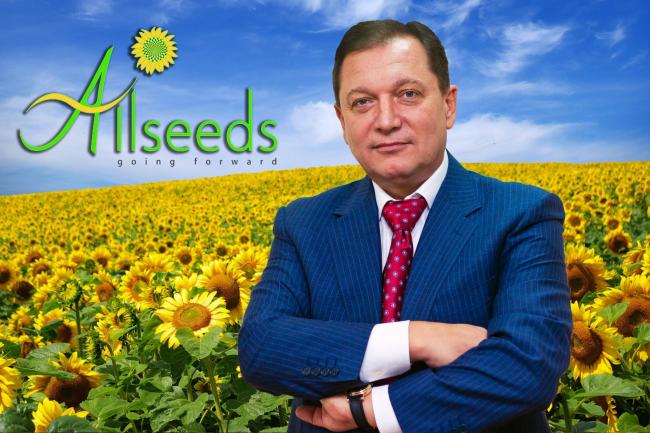 In April, several so-called forums on exports and export strategies were held in Ukraine. After all these forums, I find the following question to be increasingly relevant: “What are we going to export, given that we are not concerned about domestic production? Raw materials, yet again?”

Recently, I read quite an interesing article on Ukraine’s exports to the EU by Aleksey Pavlenko in European Pravda. It is worth noting that among the top five Ukrainian agricultural products for exports are sunflower oil, corn and wheat. However, only one of those is a processed, value-added product - and it is sunflower oil. This product is one of the few things Ukraine can be proud of - we are number one globally in its production and exports.

Some sixteen years ago, as little as three million tons  of sunflower seeds were produced in Ukraine; its larger part was exported. Back then, in the post-Soviet Ukraine, a proper fats-and-oils industry was simply non-existent! That was when a debate emerged on encouraging domestic processing of sunflower seeds by means of introducing an export fee. What an outcry followed; there was so much drama and complaining that the “fees will strangle manufacturers”, “Ukraine will stop growing seeds”, “WTO prohibits...”, “IMF does not allow…”!

Actually, we, Ukroliyaprom Association, with the support of the economically literate MPs and top officials, succeeded in persuading the Government and the Parliament that the export duty for oil crops be introduced! And today, all those who supported the introduction of the fee back then, including, first of all, members of Verkhovna Rada that voted in favor, can be totally proud of that.

As a result of such an efficient protectionist measure, Ukraine’s fats-and-oils industry - more than any other - has received billions of dollars in both domestic and foreign investment! Modern, hi-technological, energy-saving processing plants have been constructed, along with elevators, port terminals, transport infrastructure. Now we have a national protein base - meals - for becoming and dynamic development of pork and poultry businesses (Myronivskiy Hliboproduct’s success is one example). Tens of thousands jobs with decent salaries have been created; the country has obtained more income in USD and received taxes for the budgets of all levels!

Given all this, our agricultural producers whose interests the opponents of the export fee defended so fiercely, have beaten all records in sunflower seeds production year after year. And sunflower seeds are the most profitable crop. I believe that this year, Ukraine could reap a harvest of 14 million tons of sunflower seeds.

Why am I describing this issue in such a detailed manner, even though everybody is quite familiar with it? Because I want to finally be heard by our ministers! Today, many media outlets actively cover the issue of massive deforestation and tinder exports. The country’s roads are indeed flooded with trucks carrying timber to the ports; you can see this even in the Kyiv outskirts (pay attention next time you are driving in the area). And in the ports, the larger portion of timber simply gets reduced to woodchips and exported for next to nothing. There is a major debate around metal scrap exports. And again, advocates of the free market keep repeating the same arguments - similar to those explained above - over and over. The only new thing that has been added is “come on, we are on our way to the EU!” The rest has remained unchanged - concerns about IMF, WTO etc.

Gentlemen, why has nobody thought of switching the topics of debate from IMF to  a business plan for Ukraine’s economy? Could we ask IMF the following question: “Gentlemen, would you really like Ukraine’s GDP to grow, its currency to be stabilized, and your loans to be paid back?”

Or, are neither they, nor us planning on doing this?

Then stop fooling everybody and call the funds we get a grant assistance! So that everybody knows what you mean. However, if we plan on paying back the funds we have borrowed from the international community - how are we going to do so? Given that the economy is not functioning properly, and neither creation of jobs nor creation of added value is a priority, where would we get the funds for paying back? Any first-year college student in economics would tell you - nowhere.

Everybody says that duty are not to be introduced, as this contradicts WTO and IMF policies! Personally, I doubt that an export duty of 10%, especially in a case where it is critical for a country, cannot be applied. Duty under 10% are not considered protectionist. We, Ukraine, have already faced the issue during the negotiations with WTO in 2007-2009  - there was a debate on the duty for sunflower seeds exports. Well, we managed to persuade tham back then!

But let’s suppose it is impossible to introduce the fee now, given our full WTO membership. Even in such case, how is the fiscal - VAT - stimulation prohibited? Is this also a WTO issue? In my opinion, this is a domestic issue of any sovereign state.

For the last 3-5 years, VAT non-refund was introduced periodically, although chaotically! Five years ago, same arguments were used to prove the point on this issue; in addition, they warned everybody that we did not have a market for flour and there was no demand for the product. Gentlemen, take a look at the statistics - in the recent years, flour exports have tripled, exceeding 350 thousand tons now. The key reason for that is that the business got interested in processing grains into flour and exporting flour instead; they managed to find the markets. They provided workload for our mills and created additional jobs. And this was just the start of it, having happened during the war. The business was ready to invest in a new wheat milling industry. Trust me, I know what I am talking about. But the politicians decided their way and degraded the progress. Starting January 1, 2016, VAT VAT refund back for raw materials exports. Meaning, production of flour will drop, as well as investment.

Motivation is crucial for investment. And without investment there will be no modern mills, new jobs, added value etc. How come this is still not clear? This is so obvious! And this is true for any raw materials you pick - it applies to grains, oil crops (soybean, rapeseed), metal scrap and timber. I just don’t get it! Are we aiming at providing 5-7 million farmers, woodmen and manhole thieves with jobs? Are we aiming at supplying the world with raw materials? So that we could later buy furniture, paper and even matches from other countries - with a huge added value?

But what shall we do with the remaining 40 million Ukrainians? Should we send them to the queue for grants and subsidies? Or to another maidan maidan? Would these 5-7 million employed Ukrainians be able to pay back the country’s debt to the IMF? I highly doubt that!

Today, we rejoice like little kids when we read about Putin who has failed to build a proper economy in Russia and instead put the country under threat of financial collapse by basing it on exports of raw materials (fuel and timber). “Yay!,” we cry out loud. “This is what they deserve. Glory to Ukraine!”

And now, ask yourself quietly: “Aren’t we doing the same thing?”