Viacheslav Petryshche: We are turning into the country of the trivial raw material export 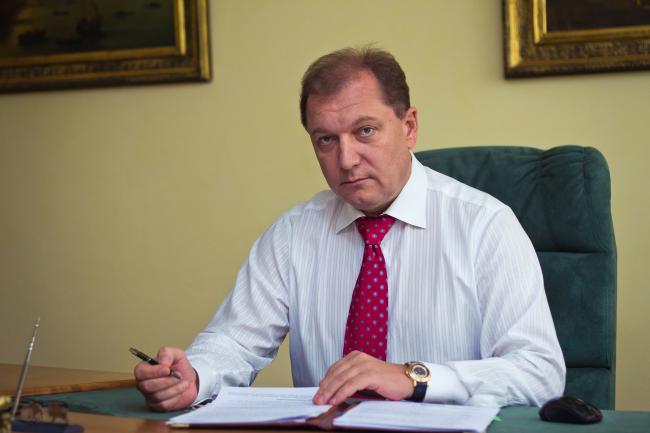 Head of the Council of the Association Ukroliiaprom*, CEO of Allseeds Viacheslav Petryshche gave an exclusive interview to AgroPortal.com about the situation on the oilseeds market and the proximate outlooks of the multiseeds oil extraction industry of Ukraine.

Let us start from the painful, Viacheslav Ivanovich. Should we understand that Allseeds Company is planning to continue the development of its oil extraction complex in the “Yuzhny” port? Are there any changes in the struggle for your own berth?

Viacheslav Petryshche: Early in July we asked the Odessa Regional State Administration and local authorities to let us build the berths, at least one, for us to continue developing our own infrastructure and our investments because we cannot develop our projects further without a berth. All investors ask the same questions: how will you move your commodities, will you have your own infrastructure or will you be dependent on the companies like “TIS” or Bakhmatiuk?

Mr. Saakashvili supported us then but afterwards something went wrong and until now we did not get any answer from the Region State Administration, although they had to answer within one month according to the law.

I would like to underline, that we wrote the request in July. And since that time we have been struggling along to get through to the Deputies of Mr. Saakashvili to get our message across. But unexpectedly on the New Year’s Eve we found that the territory for the berth, we had counted on, was secretly allotted without any warnings from the people interested and any publication of the resolution on the appropriate authorities’ web-sites. The authorities issued Mr. Bakhmatiuk the permission for building of three berths through its “daughter” “Energo Product Ltd.”

Recently Mr. Saakashvili told us that he was going to solve this question, however, unfortunately it seems he doesn’t know what his Deputies are up to.

Look, in Odessa region around Yuzhny everybody knows that we are searching for the berths. Nevertheless, the Rural Council meeting was urgently assembled. One of Mr. Saakashvili’s Deputies was present on it. He relentlessly explained that the territory must be allotted to the company of Mr. Bakhmatiuk without any options. We are put against the fact once again.

How will you search for the way out?

Viacheslav Petryshche: We sued for, as we consider, the wrongful resolutions of the Regional State Administration and the Rural Council. We at least should have received an answer but we did not get it yet. We were the first who applied for this area. And it should have been dealt with in the chronological order. As we know, Mr. Bakhmatiuk applied for the area for the berths much later and got the negative answer for it. Our application was simply ignored; all resolutions were made without any discussion with us.

How do you estimate the situation with the VAT refund for the grain export?

Viacheslav Petryshche: The VAT refund for the grain export has already brought  internal grain price up by 12-15% and we should expect that all food may also rise in price. Look what happens, the VAT amounts paid to the government today are returned to the business not the next day but within four next months at best. We paid VAT, let’s say, when the exchange rate was UAH 23. And will we get the refund when the exchange rate is how much, UAH 29? Obviously, there are substantial losses of the current assets by the enterprises. That is why I consider that the food will rise in price.

One more example. During the recent years Ukraine opened a lot of new sales markets for flour which never have happened earlier. Earlier the VAT non-refund for the grain export fostered the wheat processing in Ukraine and the export of the ready-made products like flour when the VAT was compensated. Under the “new” approach we are turning into the country of the trivial raw material export.

Are you offering not to refund exportVAT?

Viacheslav Petryshche: We should develop the internal market; foster the production with the higher added value that is not possible without normal lending of the economy. We should compensate lending rates to the enterprises of the real sector. I do not understand where they get such rates in this country. I hear about risks from the moment since I can remember. The banks should take into account firstly the devaluation and secondly the inflation. Look, how America and Europe saved themselves. Their banks put the zero interest and in some cases even negative. In Switzerland one should pay additionally for the deposit. People motivated the population to put their money not on deposits but on the economy, on the shares of the enterprises. The available money, relatively cheap working capital is the most important leverage of the business activity increase in the country.

How is the price for vegetable oil on the world markets due to the fall of prices for the crude oil?

Viacheslav Petryshche: Vegetable oil prices are falling due to the crude oil prices fall. Today it costs USD 770 per MT. Argentina vegetable oil is sold at USD 720 per MT. That is why we should expect the same.

Has the trade between Ukraine and Turkey activated after Russia declared sanctions against the country?

Viacheslav Petryshche: Not yet, Russia continues to ship the same sunflower oil to the “enemy” Turkey. I think they simply “got too much excited” about their anti-Turkey sanctions and, to tell you the truth, got afraid of them themselves.

Are there any problems with the delivery of the seeds to the port in summer? How long can trucks stand at the entrance to the port?

Viacheslav Petryshche: The sunflower seeds start to come by the trucks much later than the grains like wheat and barley when the truck line to the Yuzhny is as long as 30 km. With the coming of the oilseeds massive income season this problem is dissolved. Besides we in Allseeds have thought about it, we have grounds for parking while waiting for the unloading at the plant.

What tasks do you assign to your team for 2016?

Viacheslav Petryshche: For this year our main task is to load the capacity of the operating plant for 100%. Besides we are beginning to build its second turn with the expanding of the raw materials elevator. This is the stage of building the second turn of the oil extraction production designed to increase its capacity up to 5 000 MT per day. For such a purpose, in December, 2015 we signed the contract for the delivery of 40 000 MT elevator with the Chinese company Muyang meaning to expand our elevator and warehouse facility at the plant up to 120 000 MT. Moreover we are busy with such strategic things like fighting for a wharf in the courts instead of working with investors. We still hope that Mr. Saakashvili will establish order in his medium and we come back to the constructive discussion of the question on the allotting the wharf to our Company.

Do you consider the possibility of growing the sunflower yourselves?

Viacheslav Petryshche: I do not want and will not become a farmer. To provide my plant with the raw material I prefer to buy the sunflower on the market following the wise saying: “Stick to what you know!”

And what about the grain trade?

Viacheslav Petryshche: We need a berth for that. We load meal and oil through “TIS”.

Is there any progress in agreements with China about the shipment of our sunflower meal there?

Viacheslav Petryshche: As far as I know as the Head of the Council of the industry organization “Ukroliaprom” there is a technical work right now, the correspondence. We answered Chinese to their draft protocol on meal and wait for their answer. Meal shipment to China is our more our interest, not China’s.

How much is the loading capacity of your plant now, do you feel any shortage of seeds?

Viacheslav Petryshche: This year winter shipment of oil went down not because of winter and bad weather but because the farmers “fixed” their seeds stocks and do not want to give it in any case. Seeds for farmers are the “gold reserves”. And I can understand them. There is a complete mess with the Tax Code. When, where, how much and what to pay? From the other side is the devaluation.

Describing the industry today I know at least several plants are about to stop because of the negative margin. Everybody reached to work at least in January during cold but now it is warm and a number of plants have stopped. And if the return of VAT will open export of seeds than one should close this industry in the planned order! We were building the plants during 15 years and now we can arrange their funeral.

…But anyway spring will come after winter and at the end of February the agrarians will need money for the sowing season.

Are there any agreements with Iran?

Viacheslav Petryshche: From the dialogue I had recently with Iran businessmen and bankers the sanctions were removed from Iran “as a whole” but they did not “defrost” by sectors. Apparently there should be done a lot of paper work, open correspondent accounts etc. We are looking forward to their real willingness to fully trade, make quickly payments for the goods.

Thank you for the meaningful conversation.