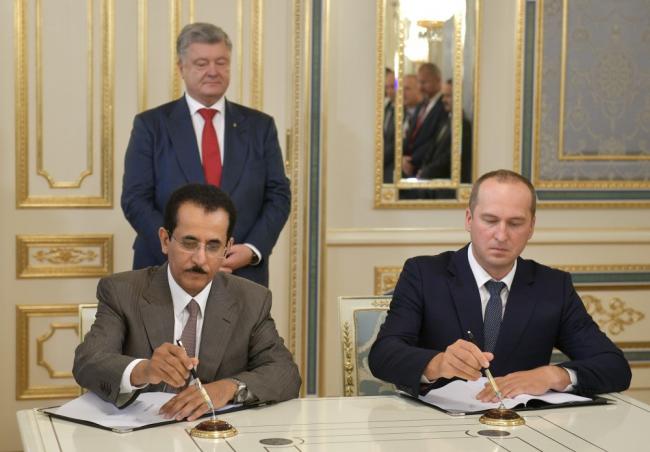 September 2018  shot a powerful messages about investments from Ukraine to the whole World, which can safely be called the Ukrainian investment breakthrough-2018.

Initially, the German agro-chemical giant Bayer opened in Zhytomyr region one of Europe's largest seed factories with an investment of about USD 200 million aimed at increasing the production of DEKALB® maize seeds in Ukraine.

A few days later in Kiev in presence of the President of Ukraine Petro Poroshenko and Norwegian Foreign Minister Ine Sereyde, the Norwegian company NBT and the Chinese "China Power" signed an agreement on the design, supply and construction of a Wind- power station with an investment of USD 450 million in Kherson region.

But the real " investment bomb" of September this year became the signing by Saudi Arabia's sovereign fund Saudi Agricultural and Livestock Investment Company of an agreement to acquire Mriya Holding and Mriya Trading with assets and agribusiness in Ukraine for a record in the agrarian sector of Ukraine amount of about USD 250 million .

All these investment events testify to the growing confidence of foreign investors in Ukraine, its business climate, which was the result of economic reforms implemented in Ukraine for the recent years.
The Allseeds Group, which, despite the turbulent 2013-2015, still believed in Ukraine, having invested about USD 200 million in the oilseed processing complex and infrastructure in Yuzhny port, welcomes the arrival of such solid investments in Ukraine as the beginning of the great Ukrainian investment boom.