Ukraine: New drivers of crop production will be corn and sunflower 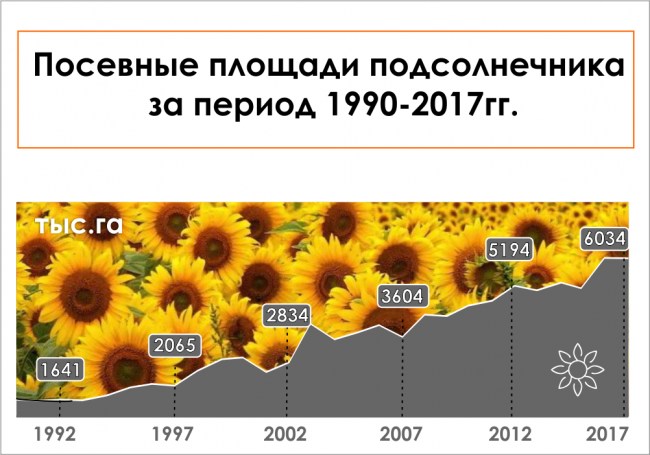 In Ukraine, the traditional "basket" of spring crops will soon be based on corn and sunflower. All other crops will actually be assigned with the role of predecessors for these two Ukrainian crop-raising drivers.

This decision is pushed both by climate changes and demand for these crops, which is mainly formed on the export market.

The climate formed  in Ukraine over the past 10 years almost perfectly suits both for corn growing and for sunflower cultivating.

The southern region has favorable conditions for sowing sunflower, which is more thermophilic than corn and less demanding in the amount of productive moisture in the soil. Ukraine already produces over a third of sunflower seeds in the world and is the world’s leader in supplying of sunflower oil. According to the State Statistics Service, in 2017 the production of unrefined sunflower oil amounted to 5.2 million tons and increased by 17% compared to the previous year. And according to the calculations of the business association "Ukroliyaprom", last year's production was even higher - at 6 million tons. The domestic consumption of sunflower oil is now only 450-500 thousand tons, the rest goes for export, which has a steady tendency to increase.

In Ukraine, the production of high-oleic sunflower is rapidly increasing, with the content of oleic acid Omega-3 in oil more than 85% and at the same time low content of linoleic acid Omega-6. Even hybrids, which can contain more than 90% of oleic acid, are offered. In developed countries high-oleic sunflower oil is considered as a healthy alternative to palm oil, and the demand for butylated oil with high content of omega-3 is constantly increasing. Increasing the production of such products will allow Ukraine to maintain its position as the world's largest supplier of sunflower oil No. 1 and to expand the export geography.

Press center on the material of Landlord