Daniyil Pasko: We are delighted to have acquired a stake in Allseeds 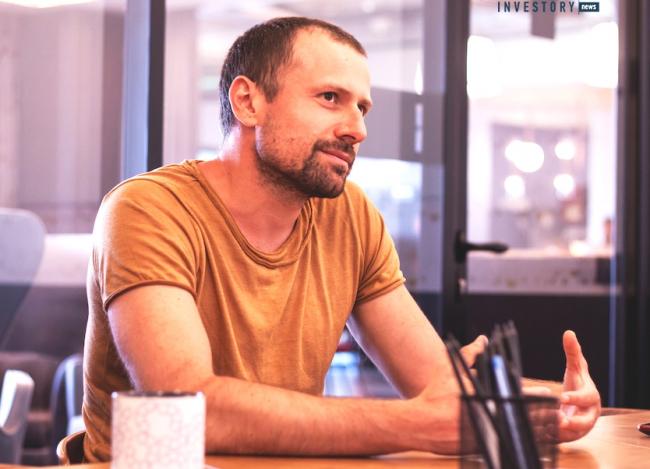 Last September, Diligent Capital Partners, a Private Equity fund, jointly with the development bank of the Kingdom of the Netherlands FMO, closed a landmark deal in the agricultural sector after years of inactivity in the market. Together they purchased 16% of Allseeds – one of the major producers and exporters of vegetable oils and meals in Ukraine.

In March 2019, the Supervisory Board of the company was headed by Daniyil Pasko, the fund’s co-founder and Managing Partner. In an exclusive interview with Mr Pasko for Investory News, we ask him about what has changed in Allseeds since then; whether or not the Fund plans to increase its shareholding in the company; what other assets it is considering; and how much money the fund has allocated to new acquisitions

– Last fall, your fund acquired a stake in Allseeds. How has the company changed since then? Are you satisfied with this acquisition?

– Yes, we are very happy that we have acquired a stake in this company in particular. This is one of those rare, eloquent times when a situation turns out to be even better than expected after the deal closes.

One of Allseeds’ advantages is its location in a deep-water port. It is really more of an infrastructure operator than a processor. It is the combination of this infrastructure, transshipment services and port location that makes Allseeds an attractive and valuable asset. These are the competitive advantages which have allowed the company to increase its profits significantly since we invested.

Another valuable aspect of Allseeds’ business is the availability of back-up infrastructure which could be used for further projects. This includes the land at the port, railway tracks, gas, water, the pipeline to berths and the fire safety system. The infrastructure available at present isonly partially used for oilseeds processing and the transshipment of oilseeds products to ships, both for Allseeds’ own purposes and for other operators. In addition to its fixed infrastructure, Allseeds has an extensive network of connections among global agricultural commodity traders and commodity trade finance providers as well as established commodity trading capabilities out of its Geneva office. For this reason, we expect subsequent investment projects on site to be highly profitable as the basic investments have already been made.

– Are you invested in any ongoing projects in the port at the present time?

– Certainly. We are actively expanding the port’s transshipment facilities. Some of our investment has already been used to increase the port’s oil and meals storage and transshipment capacity, and we also plan to expand its refining, deodorization and bottling capacity. We are also considering constructing internal elevators which will help us to improve the plant's access to raw material resources and will also provide services to third parties. The lecithin project has been paused while other projects are active. The next stage is to expand the port’s soybean, rapeseed and sunflower processing facilities. I think that we will complete this project in two and a half years. And we are still building up the port’s transshipment facilities. Generally, there is an intention to make Yuzhnii Port an oil hub also. We are in talks with investors about funding the nextstages of development.

– I heard about a major deal in the oilseeds processing segment that is likely to take place before the end of the year. Does this involve Allseeds?

– We are not currently negotiating the sale of the company.

– Are there any plans to increase the fund's stake in this asset?

– We like this business, so I do not rule out this possibility.

– Which companies in the agricultural sector are of interest in terms of M&A?

– If we are talking about the oilseeds processing segment, it is quite mature and competitive. Subsequently, it will likely consolidate and the bigger players will buy the smallerones. I don't see any room in this market for another financial investor.

– I think that Kernel will expand. Some deals have already been announced and others are likely to happen soon.

– Which other segments are interesting for M&A?

– Soybean processing. There are interesting dynamics in that market so we'll keep an eye on it. As for farming (primary agriculture), we think that the current market Is becoming cramped and that it will be quite difficult to expand in it. So we’re not currently looking at this market as investors, although we are watching the activities of its players closely. We see more opportunities in logistics and processing (producing compound feeds; transforming these into meat; manufacturing various types of livestock products). We note the great success that MHP has had in this area and we believe that similar success is possible in chicken and other meats. Ukrainian raw materials are exported in massive quantities, which is a mistake, and instead the should be processed into products with higher added value. This is an interesting sector.

– Are you already looking at the assets in this segment?

- Yes, at this moment there are about 25 companies that we are looking at, and we are particularly interested in five of these. We make between one and three deals a year. So essentially this year we intend to close one or two more deals.

– I understand that you can’t give us the name of any particularcompany. But could you at least give us ahint about the industry you’re looking at?

– We see a “bottleneck” in the road and rail logistics sector and the need to develop river logistics. So far, this has only been done by one company, but I am sure that there is room for others. Perhaps there will be other interesting projects in this segment. Again, transshipment is an interesting sector, especially the deep-sea segment. It will also be interesting to see if the moratorium on land sales is lifted. We hope that this will finally happen and that the restrictions imposed on landowners – who have not been allowed to dispose of their land for many years – will be abolished in accordance with market principles. If a civilized market is established, this will open up many opportunities. Firstly, it will enable investment in land itself, and secondly in irrigation. This will also make it possible to invest in long-term crops, which at present is impossible. I'm talking about investing in horticulture – this business has high added value but only begins to yield any profit after five or six years.

– How much does your fund invest per year?

– I don't want to brag about our plans or the amount of capital we manage, or even the acquisitions as I’m convinced that these figures do not reflect the essence of our business or the implementation of our mission. I am, however, always proud to talk about the companies and entrepreneurs that we have helped to achieve global success. I can state though that the fund targets investments of $10-25 million over a five-year horizon, making us a major minority investor.

– First you joined the Supervisory Board of Allseeds, then you acquired a stake in the company. Is that your tactic?

– Yes, getting onto a company board gives us a good springboard for further negotiations about potential deals. We work with companies that may not be ready for a deal and help them build up an adequate corporate governance system. We act as independent directors on supervisory boards. This creates added value for companies and can therefore potentially lead to deals with us or other investors. Or perhaps the company will decide that it does not need any investment. We sell the services of building corporate governance systems as a separate product.

– How long do you negotiate for before making a deal?

– Our negotiations with Allseeds were very long and complex because it is a successful company in its industry, and its owners have a trader mentality. This means that every point of the deal was subject to negotiation or bargaining (smiles). And we had to seek consensus on almost every point. It was not easy. Besides, at that time we were simultaneously raising capital to pay the deal. But everything turned out well. My most difficult deal so far in my career was the acquisition and restructuring of the Moldovan wine producer, Purcari Wines, which I managed while still working at Horizon Capital. The project includedrestructuring and continued through 2010-2014. But for the Fund it was a very successful deal and in 2018 Purcari made an IPO.

– What should a company be like to attract investors?

– It is a set of positive and negative features. The most important thing is to have a vision and understanding of how to transform the existing business and bring it to a qualitatively new level of success – this will allow the investor to earn a profit. We target profitability of 25-30% IRR., i.e. increasing own capital threefold over five years. This means that, most likely, a company’s value will treble. This is pretty ambitious. A successful entrepreneur must possess a vision of how to triple the value of a business in five years. Investors also determine whether an industry is capable of producing such a significant return. As for the negative characteristics, we do not invest in companies owned by political figures. A politician should not run a business. It's nonsense. A business should be transparent and not linked to any authorization procedures. This is reflected in the industries that interest us. For example, we never invest in weapons, alcohol or tobacco as those businesses are not about money. Rather, for them, money is a by-product. A good business is about changing the world in a positive way. Steve Jobs created products that change our world every day. This is why Apple is a successful company that earns billions. Bill Gates also created a product that changed the world and helps people to communicate.

– Under the previous government administration, you spearheaded a number of reforms in Ukraine. Do you plan to stay on under the next government?

– I created two organizations which continue to operate: The Professional Government Association of Ukraine, which is focused on reforming the civil service, and the think tank Easy Business which is involved in economic reforms. Today, I have no connection to either of these organizations. I therefore think that I fulfilled my mission. I am engaged in the investment business and work as a professional investor.

Press Centre based on material from Investory News